The company comprises of experiences technical personnel that have made contributions to many of the commercial discoveries on the Norwegian Continental Shelf during the last thirty years. Their experience extends all the way from the forth Concession round.

Geir Lunde graduated (M.Sc.) in petroleum prospecting from NTNU (The Norwegian University of Science and Technology) in 1978 and in business administration from BI (the Norwegian School of Management) in 1989. With his 30 years of experience from Norwegian and international industry he has concentrated particularly on exploration, geology and seismic interpretation. He played key roles in several discoveries on the Norwegian shelf off Mid-Norway and in the Barents Sea, including the Goliat Field, the first commercial oilfield in the Barents Sea. For a total of 9 years he has held a seat on the boards of Neste/Fortum Petroleum and the seismic company Nopec. Before Concedo, he spent most of his working life in Norsk Hydro, Nopec and Neste/Fortum Petroleum. He chaired the international AAPG conference in Athens in 2007 and the AAPG North Sea Conference in Oslo in 2008. 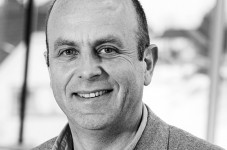 Morten Hedemark graduated in offshore engineering from Heriot-Watt University in 1987. His operational background started with employment as a wireline logging engineer, followed by a position as petrophysicist/operations geologist. Since then, Morten has mainly been engaged in formation evaluation and operations, for Norwegian and international oil companies and also as a consultant. These companies include Statoil, Norsk Hydro and Neste/Fortum. Morten also has experience in petroleum economics, production technology and business development. 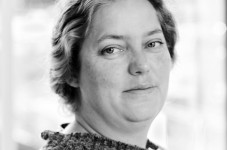 Ane Rasmussen has a master’s degree in petroleum geology and geophysics at the University of Oslo, where she graduated in 2005 specializing in sedimentology.

Her experience is mainly with exploration and prospect evaluation, applications for both numbered and TFO concession rounds as well as license work on the Norwegian continental shelf. She started as a consultant in RES and AGR, and has previously worked in North Energy. 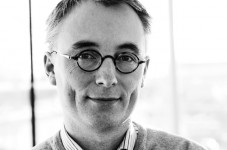 Anders Finstad has his academic background from EDB høyskolen/NITH (2 year degree in computer science), Imperial College, London (B.Sc-Hons in geology), and from the University of Oslo where he completed a Cand. scient in applied geophysics in 1995. Anders has more than 15 years experience from the oil industry where he has worked with exploration and also in the multi client seismic business. In the recent past, Anders has worked as CEO in Geocap AS, a small Oslo-based software company developing solutions for the oil industry. At Concedo, Anders is contributing actively in the companys work with emphasis on technology-driven exploration of licensed and unlicensed areas. 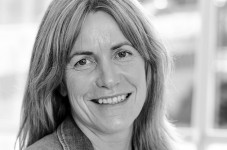 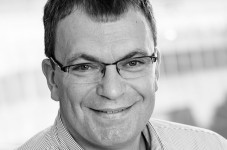 Juergen has 15 years of experience from the industry and worked for a range of companies (Schlumberger, ConocoPhillips, Maersk Oil and Gas, AGR Petroleum Services) in several technical roles. His key experience is in the field of oil field development where he was exposed to several projects in the North Sea (Norway & UK) as well as internationally. He can cover a broad field of geological work (core descriptions, seismic interpretation, reservoir modelling) and has also been involved in teaching courses for a range of clients. He has an academic background in carbonate sedimentology and sequence stratigraphy from the University of Vienna (Austria). 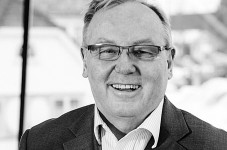 Erik Klausen has more than 30 years experience from the oil and gas industry. His experience spans the value chain from concept to operation of oil and gas fields on the Norwegian shelf. His experience includes engineering and management of projects, such as drilling rigs and field developments. He also held management and Vice President positions in Aker corporate. After a long period in Aker he was General Manager of engineering companies in oil and gas industry, safety and security, including telecommunications. This has given him wide technical and commercial experience. Erik graduated in Cilvil Engineering from the Heriot-Watt University in 1976 and has postgraduate studies in management and economics. 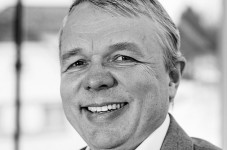 Ole Herman Fjelltun graduated from the Department of Applied Earth Sciences and Metallurgy at the University of Trondheim (NTH) in 1981. After being employed as a geophysicist for Shell International and as a reservoir geologist with Saga Petroleum, he worked as a consultant to a number of small oil companies for some years. He has contributed towards a number of discoveries and the development of oil and gas fields as an expert on reservoir modelling and use of computer tools. 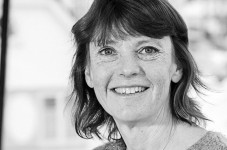 Elisabet Malmquist graduated from the University of Stockholm in 1983 and has a Master degree in geology. She has worked as a geologist in exploration over the whole Norwegian shelf. Elisabet worked in Saga Petroleum for 16 years, where among other things she played a central role in discovery of the Borg Field in the Tampen area. She has experience from most of the Norwegian licensing rounds, TFO applications, data analysis and G&G work in partner as well as operator licences. She has also worked as an independent G&G consultant, in which capacity she had long-term contracts with Norwegian and international oil companies. 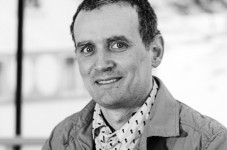 Enric Leon has a wide background of studies at the University of Barcelona, where he graduated in geology in 1992, with a strong focus on structural geology, sedimentology and advanced studies in groundwater geology in 1996. In 2007 he completed his master’s degree in petroleum geology at the University of Oslo, specialising in gravity modelling and intensive use of modern geophysics software. Since joining Concedo Enric has participated in various projects on the Norwegian continental shelf in the Barents Sea and off Mid-Norway. 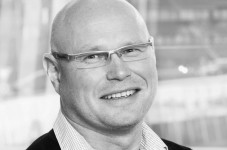 Tommi Rautakorpi has his academic background from Åbo Akademi University and University of Oslo. He has 15 years of experience from the industry, covering both mineral and oil exploration.  As a consultant at Querqus AS his main responsibilities was 3D basin modeling and petroleum systems. During the past 8 years he has combined Geochemistry and Basin Analysis with seismic interpretation in prospect generation and exploration license work for Sagex, Bayerngas and Valiant Petroleum. He has participated in several licensing rounds both in Norway and internationally, covering the most of northern Europe as well as North Africa. In addition Tommi has worked in “Oil for Development” (OfD) program in Cambodia. 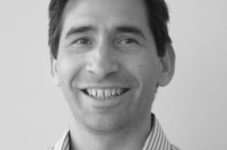 Sebastian Scheel Rey graduated from the University of Oslo in 2003 and holds a Master’s Degree in Applied Geophysics. He has been working in the petroleum industry for 14 years, whereof 7 years of exploration on the Norwegian Continental Shelf. He has previously been working for Hydro/Statoil, Ithaca Energy and Tullow Oil, and has been involved in projects worldwide, including Cuba, Suriname, Guyana, Brazil, Indonesia, Nigeria, Falkland Islands, Trinidad&Tobago, Iceland and Faroe Islands. He specializes in seismic interpretation, focusing on prospect generation, evaluation and risking in regular licence work, licencing rounds and for farm-in/-out evaluations. 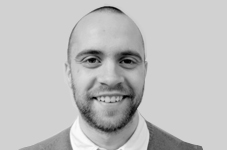 Jens Fredrik Kolnes recently graduated from the department of Geoscience at the University of Oslo. His focus during his Master’s program was mainly reservoir geophysics and reservoir orientated geology. In his master’s thesis he used seismic data to understand the burial history of the potential storage site for CO2 in the northern North Sea. Jens has been with us since the summer of 2019 and has mainly been working with geophysical related topics such as seismic interpretation, AVO screening and inversion. 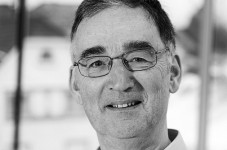 Dirk van der Wel graduated in geology and mineralogy from the University of Oslo in 1974. He has wide experience from positions with the University of Oslo, the Geological Survey of Norway (NGU) and positions with major oil companies, including many years with Norsk Hydro. He was also manager of the section for petroleum technology software in Norsk Hydro. His experience embraces work in prospect evaluation, reservoir evaluation, applied geo-statistics and evaluation of probability for discoveries covering the Norwegian continental shelf and internationally. He has worked on a number of oil and gas fields, siliciclastic as well as carbonate reservoirs.