The Dugong (PL 882) operation has commenced 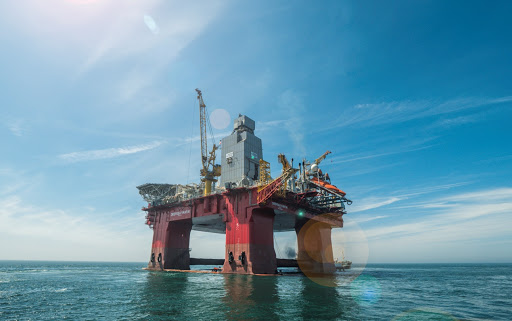 The drilling rig, Deepsea Yantai, has arrived PL 882 today and one of the licence partners (Petrolia NOCO) and its main owner (Petrolia SE) have published the two press releases below.

Drilling of the Dugong well (PL 882) set to commence by 19th June
Please find attached the stock notice issued by Petrolia NOCO AS announcing that the drilling of the Dugong well (PL 882) on the Norwegian Continental Shelf (NCS) will commence by the 19th of June. Petrolia SE is the major shareholder (49.9%) in Petrolia NOCO. Petrolia SE has also given an exploration loan of NOK 100 million to Petrolia NOCO. This is the first well that Petrolia NOCO has participated in since 2015. Should the well result in a commercial discovery, this may be transformative for the company. Petrolia SE is listed with ticker “PSE” on Oslo Stock Exchange (www.ose.no) and its activities are within E&P and Oil Services. Petrolia NOCO AS is listed on the NOTC (www.notc.no) in Oslo with ticker “PNO”. Limassol 17 June 2020

Drilling of the Dugong well (PL 882) set to commence by 19th June
Petrolia NOCO announces that the Dugong well in license PL882 is expected to be spudded by the 19th of June. A contingent side-track may be drilled to delineate the extent of any discovery. The well is located to the west of the Snorre Field in the Northern North Sea, which has been upgraded for production beyond 2040. Petrolia NOCO holds a 20% share of the license. Other partners are Neptune Energy Norge AS (Operator with 40%), Concedo AS and Idemitsu Petroleum Norge AS each with a 20% share.

The PL 882 license was awarded as part of the APA 2016 round, where Petrolia NOCO recognised that blocks to the west of the Snorre Field were under-explored. Utilising new broadband seismic, the Dugong prospect is estimated by Petrolia NOCO to contain prospective recoverable resources of 86 mmboe expected mid estimate. In addition, the company holds a 30% share in two licenses (PL992 and PL994) adjacent to PL882 which both have interesting prospectivity.

Petrolia NOCO’s Managing Director Linn Katrine H0ie said “The drilling of the Dugong well represents the culmination of the company’s collaborative approach to exploration and strong teamwork. In the event of success, the well will be transformative for the company and add significant value for shareholders and other stakeholders.”