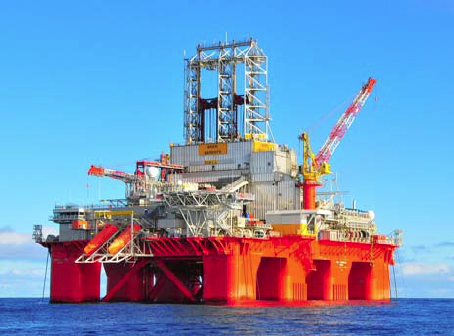 With reference to the PL645 Operators’ (Faroe Petroleum) press release Concedo has the following information. The well is drilled from the drillship West Navigator on behalf of PL645, and was spudded on the 10th November. The Novus prospect is located some nine kilometers to the south of the Statoil- operated, producing Heidrun oil field in the prolific Halten Terrace hydrocarbon province of the Norwegian Sea. The main targets for the Novus well are the Jurassic reservoirs of the Garn, Ile, and Tilje formations in the Novus West and Novus East fault blocks. The drilling of a sidetrack into Novus East is contingent on the results in the main well bore, which will be targeting the Novus West horst block. The presence of AVO and amplitude anomalies at the different reservoir levels in Novus supports a stacked reservoir model and is analogous to the situation encountered in the nearby Smørbukk Field. The seismic tie to the nearby Heidrun is robust and suggests the presence of an analogous high quality reservoir. If successful, Novus offers near-term development potential due to the close proximity of neighbouring infrastructure. The drilling operations are being undertaken by Faroe as operator and the other partners are Centrica Resources Norge AS, Skagen 44 AS, Spike Exploration Holdings AS and Concedo ASA. The water depth is just under 300 meters and the well is planned to be drilled to a total depth of approximately 3200 meters.